It's almost been a year since Lily Love was released. It's also nearly been a year since my son became ill. Is your life lacking a little dramatic irony? I've got a ton you can borrow. When I finished Lily Love I was certain my life was on a specific path - professionally, personally, I had it all under control.

Epiphany #1 - I'm a dunce who'd learned nothing from writing about a woman who had to accept a new reality in the face of her old reality crashing down around her.

Way to fail, Mags. I thought we were done with diagnoses nine years ago, when my youngest was diagnosed with Autism and Childhood Absence Epilepsy. We'd been through years of ABA, OT, PT, ST...you name it, we did it. For a while, my entire life revolved around scheduling two toddlers for therapies between nap times and meal times. Since the monkeys were a little older, I thought we'd found a way to balance everything. The days of endless appointments were done, because we understood what we were facing. We had no idea.

Epiphany #2 - Life is not fair, and it's far from certain.

I'm embarrassed to say I honestly thought that because life had already kicked us in the balls it wouldn't again. To be fair, I was going under the assumption that a double punch of autism, topped with an epilepsy TKO was enough for our family to deal with. What I failed to realize was that it's not up to me to determine what constitutes "enough." If I jumped down that rabbit hole then essentially I'd be saying what our family doesn't deserve, your family does. No one deserves this, but really crappy things can happen to anyone, and they do...in threes...fours...fives... It's not a competition and tragedy doesn't keep score.

Epiphany #3 - Grief makes you an asshole.

Don't throw stones at me, this is my opinion based on my own experience. Everyone within a 100 mile radius of me in the last year has been a) let down b) chewed out c) neglected d) flipped off by me. Grief is an all consuming, life sucking, logic stealing bastard that turned me into a very selfish person. I hate that I wasn't a better friend, mom, wife, daughter, aunt, cousin and sister. I hid out in my house a lot. Some days I'd drop the monkeys off at school, turn around and go right back to bed. I was short tempered and hypersensitive. Hell hath no fury like the wrath of a half Spaniard-Irish woman...on a good day. I'm also a cusser. Add that to the short fuse and...well, let's just say my husband is a saint who must really, really love me a whole lot. The bird flipping came from the Screw You and Your Perfect Life phase of grief. I hated everyone who had healthy children. My resentment ran deep and the more putrid it became, the more I loathed myself. Did I mention how grief turned me into an asshole?

And down right irritable, if you want to know the truth. I kept up with the reviews of Lily Love during the hospital stays, because apparently I'm a masochist. The resounding criticism that struck a chord with me was how angry some readers were at Caroline's grief. I tried not to take it personally when they called her a whiner,  or said that she was weak and cried way too much. Honestly, I wasn't surprised by the negativity - she was absolutely all of those things. I was all of those things, too, and it got me thinking about how people relate to someone who's mourning. When something tragic happens in life you never get over it, you learn to live with it and I've noticed some people get a little pissy when they feel you're taking too long getting there. I'll share a secret with you - It's not a destination. You never get there, you just get better at hiding your pain. Some people's frustrations are born from an incessant need to fix you. They have the best of intentions but all the over quoted bullshit in the world will not change another person's loss.

- Sometimes shit happens for no reason.
- I don't believe it's God's plan to make children suffer. Seriously, sometimes craptastic things happen for no Godly reason. I do believe it's His divine grace that kept me from karate chopping people in the throat when they said dumb things like "This is God's plan..."
- Yes, you could do it and you would do it because you love your babies as much as I love mine.
- No.
- No...and no, I will not lie and say "yes" to make someone else feel better.
"You want the truth? You can't handle the truth!" Sorry, just channeling a little Jack Nicholson...I have the sudden urge to watch A Few Good Men.


It takes a tremendous amount of whining and crying to get to acceptance. True story. No one can rush you through it, you have to meander at your own pace and get there on your own time. Acceptance doesn't mean your not sad anymore, it just means you've gotten to a place where you can balance it a little better.

This one took me the longest. At the onset, I thought hope began and ended with a cure. Over time I learned that my hope was fueled by perspective. There is still time to cherish, life to celebrate and love to smother with. Our life in the present inspires my hope for the future so you can be sure I'm going to suck the marrow out of it.

P.S. My next book is going to be about young journalists - something I've got zero experience with. I think I've done all the self reflecting through fiction I can for a lifetime. 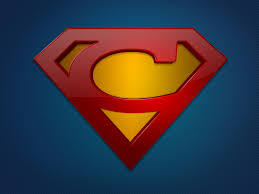